Kickstarter Campaign: Miami Author Exposes The Dark Side of God in The Philosophical Book "The New Races"

“God is good.God is also evil.” If you say that in a crowded room, the whole room would get quiet.For 30 years, Inga Ambrosia has been contemplating the existence of God, and why bad things happen to good people.  There are approximately 700,000,000 million people in world without a conscience.  That number is growing every day.With the advent of social media, the drug of choice for instant gratification, 1 in 10 millennials have Narcissistic Personality Disorder.  Narcissists thrive on attention and validation.They find it unbearable to be alone and thrive on siphoning energy from others.  The New Races is a book that gives a look inside the mind of a person without a conscience.It’s known that most narcissists come from at least one narcissist parent.  This begs the question, if we are made in God’s image, is there a part of God that is narcissistic.

Inga began her college career wanting to be a lawyer.  After attending an Introduction to Philosophy course, she discovered the likes of Freud, Socrates, Plato and Nietzsche.  She decided that one day she would develop her own philosophy that could be applied to modern day problems she saw in her community.  She grew up in Miami, Florida and witnessed many things happening within the family environment that wasn’t addressed by the mainstream media.  For instance, every mother doesn’t love her child.  The relationship between mother and daughter can look more like competition or the father’s affection.  Many students in her high school behaved as though they didn’t have an inner governing system that stopped them from doing bad things.

At 10 years old, Inga fell asleep in church during a sermon and entered a dreamlike state.  In this space, between worlds, she was introduced to two energetic beings that revealed to her a mission that she needed to complete later in life.  They told her when she opened her eyes she would be able to see things.  That thing was energy.  From that day forward she was able to read the positive and negative energy surrounding people.  This gift came with price.She was able to see her parents in a new light, her friends, her neighbors.  She now knew more about them then her young mind could comprehend. The energetic beings communicated with her many times in her lifetime, guiding her to experiences that would enhance her gift.

Although she grew up in a Pentecostal church, the idea of God, Jesus and Heaven and Hell never took.  Somehow, she always knew that these were stories designed to keep the believers in check.  She had a different truth.  Over the years, she has developed what she calls Ambrosian Theory, which has only become refined after her third attempt at writing.  Her first book, written in 2004, was a fiction novel that mimicked her supernatural event.  She reveals the secrets of her gift in a manual given to the main character, a young girl named Cyan, only after she has passed through all stages of consciousness.  Many people found the book difficult to read because it was no chronological.  In 2007, she removed the manual from the book and created a nonfiction book that just plainly explained the concepts.  She received over 30 rejection letters because the book was described as “too dense”.  The information was channeled from 1 a.m. to 8 a.m. when she felt most people in her apartment building were asleep.

Fast forward to 2013, she decided that she needed to find a way to break down the information in a way that even a teenager could read it and understand it.  By this time, she had begun working as a teacher.  This allowed her to view the school environment and the students from a teacher’s viewpoint.  Her theories held up to her amazement.  The prevalence of narcissism was evident since her time in school, and she was able to see how parents played a role.  While taking care of her ailing grandmother, she wrote The New Races.  Her grandmother was an interesting subject that she got to observe on a daily basis.  Inga believes her grandmother was a classic narcissist, but was able to suspend judgment of her debilitating state and counsel her.  Through many hours of long conversations, she and her grandmother traveled back in time to discover how the original narcissistic injury began.  Inga gathered all her research and new observations and wrote her entire 800-page novel in the summer at the local Starbucks.

In December of 2017, she won a free trip to London at a March of Dimes Charity event.  This was her chance to go away, live in a different time zone and finish her book.  For two weeks, she held up in a cozy apartment and worked tirelessly for 8 hours a day editing and refining her book.  By then, she had cut the book in half, deciding to have Part 1 and Part 2. Part 2 is to be published at a later date. 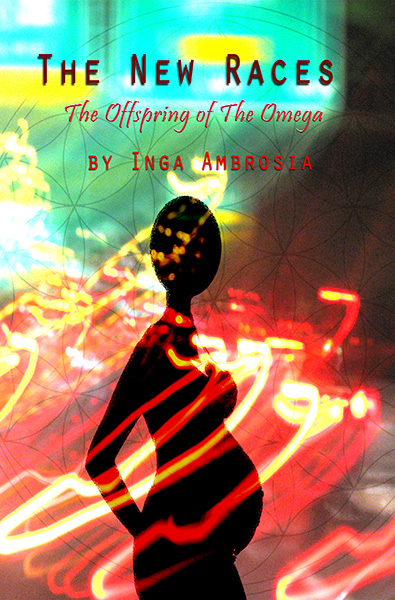 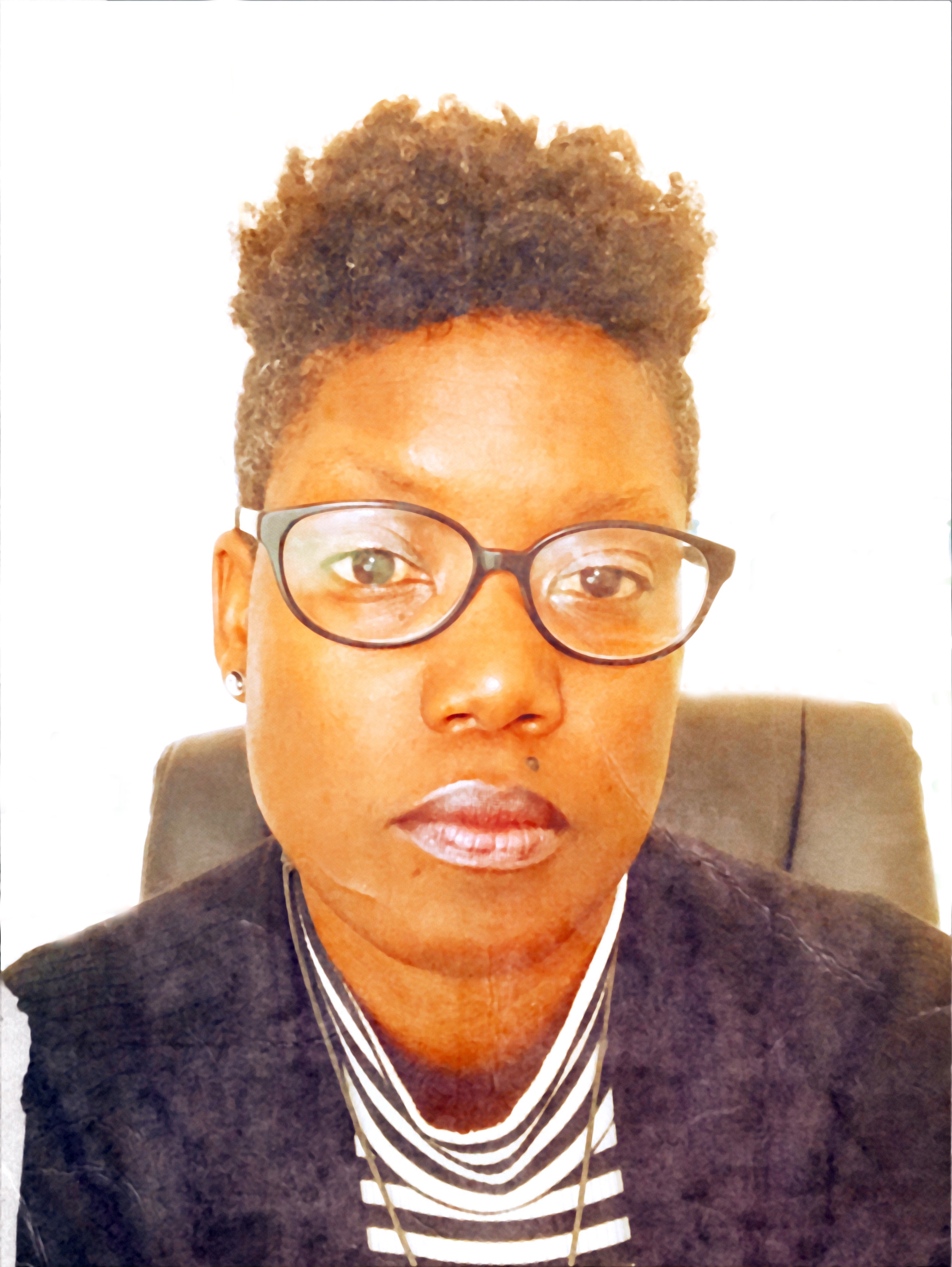 The New Races: The Offspring of The Omega, is a page-turner that introduces the theory that there is a such thing as Spiritual DNA.  The God that we are given in churches all across the globe is a God that is loving, caring and all-knowing.  Inga doesn’t believe to be true.  She is not an atheist, by definition because she does believe in a higher power.  However, she doesn’t believe that the God that society has portrayed is as benevolent as we have come to believe.  This was the purpose of writing this insightful exploration into how evil was formed, and what the purpose of evil is.  The Almighty God needs to be redefined.  If God is in everything and is in everyone, then even the narcissist has to have God in them.  Many believers often wonder why God is answering their prayers, or why God let their child die, or why there is still so much poverty in the world.  The wonder why the church has had so many blemishes regarding inappropriate behavior towards children, and are still allowed to thrive.  These answers are presented in The New Races which will be available on April 1, 2018 on Easter Sunday.

Set in another dimension, The New Races introduces three characters, Evo, Noo and Goo.  They are the trinity, the Energy Family.  Evo is the embodiment of evil, Noo is the neutral father (God), and Goo is the embodiment of good.  They conduct a series of experiments in order to create a perfect hybrid human that will do “their will”.  Evo is about destruction, Goo is all about creation and construction, and Noo is the apathetic observer.  Inga painstakingly chronicles their journey through failed experiments, helping the reader to recognize these same humans in everyday life.  There is specific calculation for each race of human.  They have a certain amount of positive energy, negative energy and neutral energy that actually converts to opposing energy with the right stimuli. There is a Garden of Noo with forbidden fruit that adds a new twist to the story of Adam and Eve.  This story spans over 100 pages, and the remaining pages explains how the narcissist human is a deliberate creation.

Chapter 1 explains the fundamentals of the Energy Family.  It defines God as a collection of creative and destructive forces.  In Chapter 2, we follow Evo in his quest to create the perfectly destructive human, but one that can survive long enough to acquire energy.  Chapter 3 follows Goo as he creates his version of a perfect human hybrid.  Chapter 4 is where things become very interesting because now the two brothers need each other’s DNA in order to create on the next level.  This chapter redefines the concept of angels and demons.  Chapters 5 and 6 focuses on breaking down the theory in layman’s terms.

Included in the discovery part of the book are experiments and observations that the reader can perform to help them release programming they’ve received in childhood.  Inga is literally teaching them how to use their “spiritual eyes”.  So much pain is endured by people who seek answers but are told that God is not to be questioned.  The New Races unlocks the vault of inner knowing that is embedded deep into the subconscious mind.  It challenges traditional schools of thought and explains the purpose of their pervasiveness.In an ideal world, The New Races will be studied in colleges and universities across the world as a textbook.  Research studies should be done based on these theories, and the findings published in national journals.

Inga’s hope is that any victim of narcissistic abuse, childhood abuse, parental abuse, bullying or any other life altering event, will finally have the answers as to why things happen.  The New Races is about healing from trauma.  The New Races is about the positively influenced human can take back their power and release stifling programming.  The narcissist should not only be starved for the attention they seek, but also should be understood as a creation by destructive forces.  It takes people years and countless hours of theory to understand why God would allow them to become an energy source for the narcissist.  The narcissist themselves live in a kind of hell, and there is a purpose for it.  This book will help people guard themselves against the narcissist and heal from years of trauma without spending hours in a therapist’s office.  As the population of narcissist grows, the children they produce grows, and soon the ratio will be 1 in every 4 people is without a conscience.

Inga has started a Kickstarter campaign to fund the publication of her latest philosophical novel.  She has rewards as low as $15 for an e-book version, $25 for a printed paperback, all the way up to $2,500 for a one-hour long in-person meeting.  It has 22 days remaining, ending on March 10, 2018 at the funding goal of $5,500.00.The publication release date is April 1, 2018 on Easter Sunday.  She chose that date because that is the day when most believers will be in church celebrating the Resurrection of Jesus Christ, which is the birthplace of Christianity.

She has also created a soundtrack as a musical companion to the book entitled, The New Races Soundtrack.  It is a 14-track album that will take the listener on a journey through the subconscious mind.  The genre is a mix of Trip-Hop, Ambient, Experimental and Industrial.  She produced the album in her bedroom while writing the second book.  With worldwide release in February 2018, the album will be available on Apple ITunes, Amazon Mp3, Google Play Music and included as a reward on Kickstarter.

Inga Ambrosia has a Bachelor’s Degree in Psychology, and is a Certified Life Coach.  She is also a retired teacher and former DJ. She has been writing since she was 13 years old.  Inga lives in Miami, FL and has been a vegan for 15 years.

Compose your email to Inga Ambrosia at Ambrosian Empire.