Yesterday, the worlds’ first plant-based footwear brand, Scoots, launched its crowdfunding campaign on Kickstarter to make its PA1™ (Pineapple 1) slip-on shoe available for pre-order. Within 24 hours, the campaign has raised over $19,000 of its $45,000 goal.

The PA1 is an environmentally impactful shoe that is made from 95% plant-based material. The sleek Pinatex upper is made from the leaves of pineapple and corn. The outsole and insole are made of natural latex and cork, which molds to fit each person’s foot. The natural cotton lining is breathable, moisture-wicking, and odor-resistant. The PA1 comes in four colors: chocolate, paprika, charcoal and oatmeal. 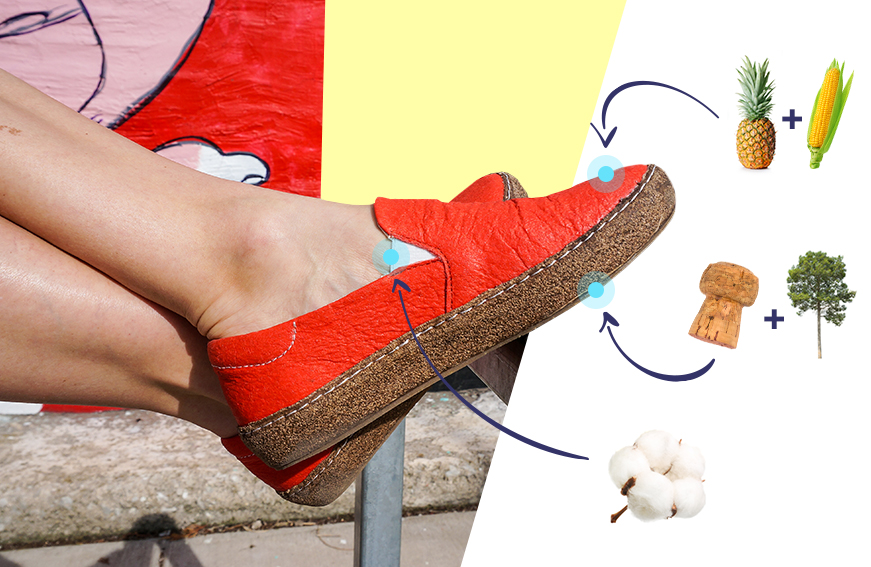 Scoots won second place at Northwestern’s 2019 Venture Cat competition in the B2C category and third place at the 2019 Kellogg Venture Challenge. The founder, Dave Costello, and his team won both the Kellogg Social Impact Grant and the Northwestern University Resnick Family Social Impact Grant to fund their work on Scoots and prototypes of the PA1.

“Our customers want to make an impact with their purchases but refuse to sacrifice on style or comfort,” said Costello. “Scoots offer a stylish, breathable, and durable option that have a much lower environmental impact because they’re made from organic materials.”

According to the U.S. Department of the Interior, the average shoe takes 30 - 40 years to decompose in a landfill. Not Scoots. Customers are encouraged to send back their PA1s when they’re done wearing them. Scoots will then compost 80% of the shoe and dispose of the other 20% responsibly.

Additionally, Scoots is partnering with Forest Nation to plant a tree in Tanzania for every shoe sold to combat deforestation.

“I worked in the fashion industry, and I know how much waste is created when it comes to the clothes and shoes we wear,” Costello continued. “Fifteen months ago, I set out to change that. We built the perfect shoe from scratch, using plant-based materials. Additionally, we’re producing it in a hotbed of style and quality, Porto, Portugal. Now, we’re asking people to join the Scoots revolution to prove that style can be sustainable.”

“In Portugal, we know shoes,” said Scoots producer, Luis Silva. “It’s not every day you can surprise one of the oldest industries in the world. But Scoots is an exciting innovation in footwear. For the first time, our craftsmen and women are making shoes that will reduce the carbon footprint of every person who wears them.”

PA1s retail for $109 and are available for men and women in a range of sizes. Customers who support the Kickstarter campaign will save $14 - $24 off MSRP per pair of PA1s. Delivery of pre-ordered shoes is expected in early October. The $45,000 goal fundraising campaign launches today and will last 30 days.

Compose your email to Dave Costello at SCOOTS LLC.